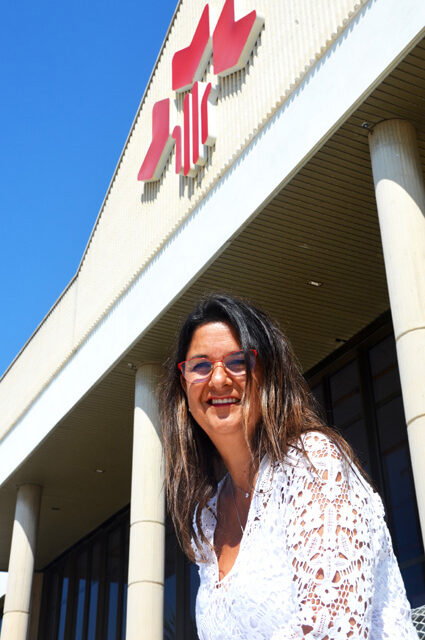 The Mercat de Flor i Planta Ornamental de Catalunya recently chose a new Governing Board, which on behalf of its 337 members, will manage the SAT for the next four years.

The new Board is headed by Mercè Martínez, from the Florinova company, and will have a team in which the flower, plant and accessories subsectors are represented. The new Board is made up of the following persons, each one with its specific responsibility:

More female presence
Mercè Martínez is the first president of the Mercat in the entity’s 37-year history. She has got the experience as a wholesaler of cut flowers, accessories and decoration, and currently as head of administration of Florinova. In her career, which began in the 1980s, he has had the opportunity to get to know the sector both internally and externally, and has dealt with all its aspects, from production, through to marketing, and even flower shop and retail.
It is also the case that the new Board has the most women since the Mercat was created, with four representatives, they assume a more equal presence in the organization.

Revalue leadership
The Mercat de Flor i Planta Ornamental de Catalunya has managed, since its foundation in 1983, a large part of the ornamental sector in Catalonia. As a market in origin, where an important part of the flower and plant produced in its region is distributed. With the incorporation of many wholesalers, it also treats a lot of flower and plant imported from other regions or countries. And this leadership is what the new Board wants to revalue: «We have to recover the role of Mercat as a flagship in the flower and ornamental plant sector,» says Mercè Martínez, adding that «it is necessary for Mercat to shine and be more important». This is the challenge that she, and the new Board, takes on with great responsibility, but also with great enthusiasm, for the coming years.

This website uses cookies to improve your experience while you navigate through the website. Out of these cookies, the cookies that are categorized as necessary are stored on your browser as they are essential for the working of basic functionalities of the website. We also use third-party cookies that help us analyze and understand how you use this website. These cookies will be stored in your browser only with your consent. You also have the option to opt-out of these cookies. But opting out of some of these cookies may have an effect on your browsing experience.
Necessary Siempre activado
Necessary cookies are absolutely essential for the website to function properly. This category only includes cookies that ensures basic functionalities and security features of the website. These cookies do not store any personal information.
Non-necessary
Any cookies that may not be particularly necessary for the website to function and is used specifically to collect user personal data via analytics, ads, other embedded contents are termed as non-necessary cookies. It is mandatory to procure user consent prior to running these cookies on your website.
GUARDAR Y ACEPTAR
Don`t copy text!